The raven pendant is here! 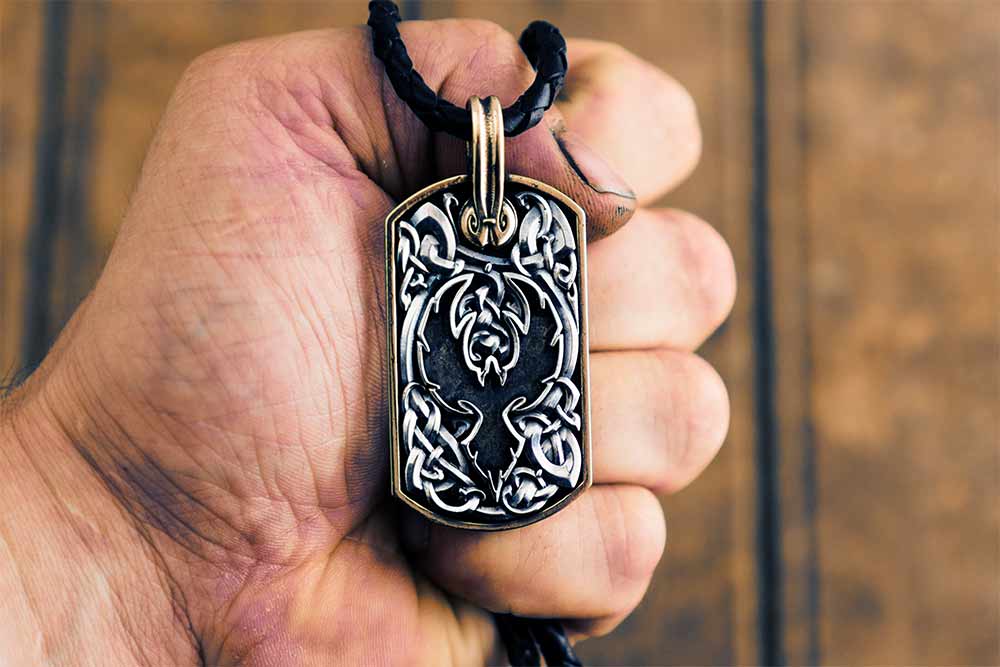 It have been a while since I introduced a new dog tag pendant but now it´s finally time for a new one, and this time it´s the ravens which will get a special place in the Vallheim collection. Who does not love these mythical birds, roaming the world, spying for Odin. From the pendant description: The raven plays an important role in Norse mythology and is most famously pictured as Odin’s two birds Hugin and Munin. (meaning Thought and mind / memory). They were said to fly across the worlds collecting information for Odin, which they whispered in his ear when they returned to Asgard. As such the raven represented the wide reach of Odin’s influence. The raven were also a very popular symbol on war-banners carried by several famous Viking kings – A true harbinger of death. Get your own Mark of the raven here.
It's only fair to share...

email
To automatically calculate the cost in another currency please use the menu above. This will give you a reference price.

The total amount will be shown in Swedish Crowns at Checkout.
- We ship world wide -