The birth of a god and the death of a giant 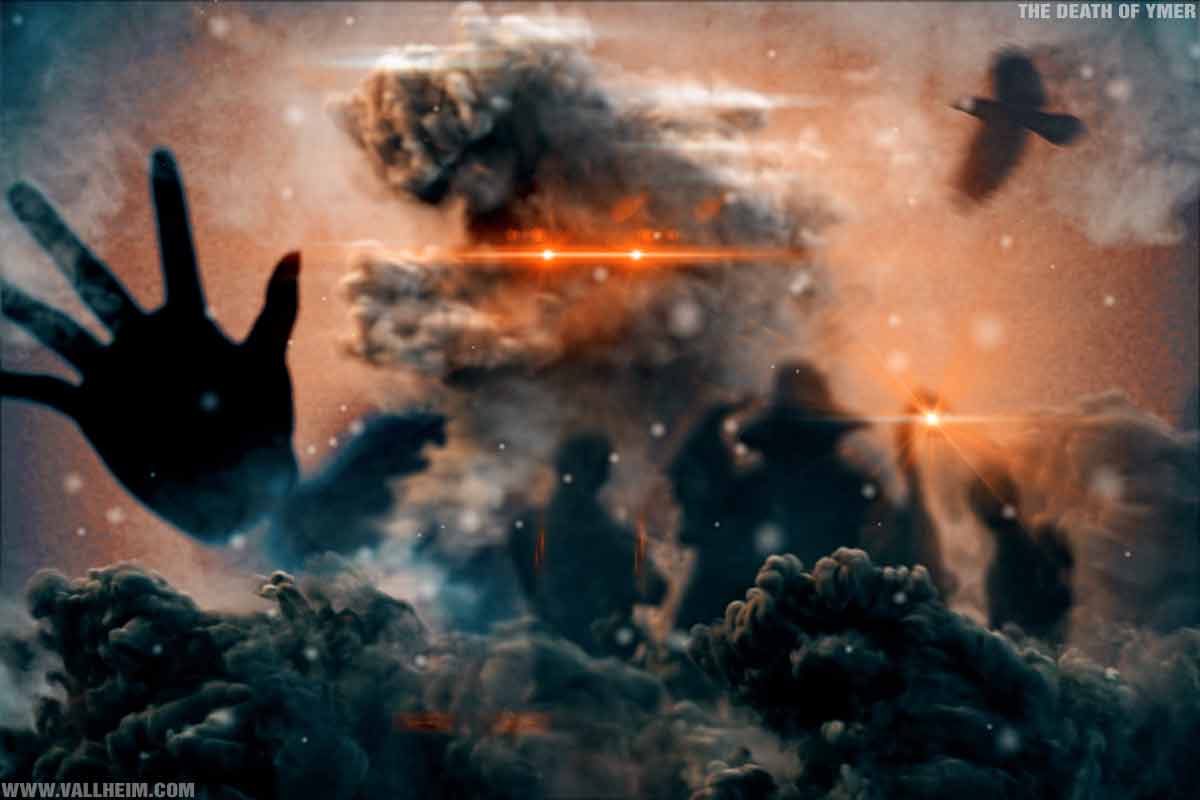 At the beginning, according to Norse mythology, there were heat and cold. From the void in between the giant Ymer emerged and after him the milk spraying cow Audhumla followed. What happened next would change the… void… forever.

As Ymer feasted on the milk from Audhumla, the cow craved nutrition’s as well and went to lick a big chunk of salt stone just lying there in the nothingness. After three long licks one of the stones had transformed to a very handsome man named Bure. He already had a son (maybe another licked salt stone) named Borr.
At the same time the Hrimtursar who emerged from Ymers armpit and feets (as I mentioned in previous posts) had bred a daughter named Bestla. She caught Borrs attention and together they had three sons – Odin, Vile and Ve.

The three brothers were of the restless kind and for some reason not mentioned in the Edda, they killed Ymer. When Ymer fell his body bled and the blood drowned all Hrimtursar who gathered around him. Only one Hrimturs with family managed to save himself, clinging to a small boat. He was named Bergelmer and was the origin of all new giants that followed. He is mentioned as the wise giant.

With the murder of Ymer the first foundation was placed for the world of men. A foundation made from death and blood. Nothing new there…

It strikes me more than once while reading the Edda that the Gods of Asgard and mankind are not the good force of the universe as we tend to think. They are the tumor infesting the holy Ginnungagap (the void), living of the corpse of the first living thing ever existed in that eternal place. The old stories are just history forgery by those victorious. Still… victory is sweet!