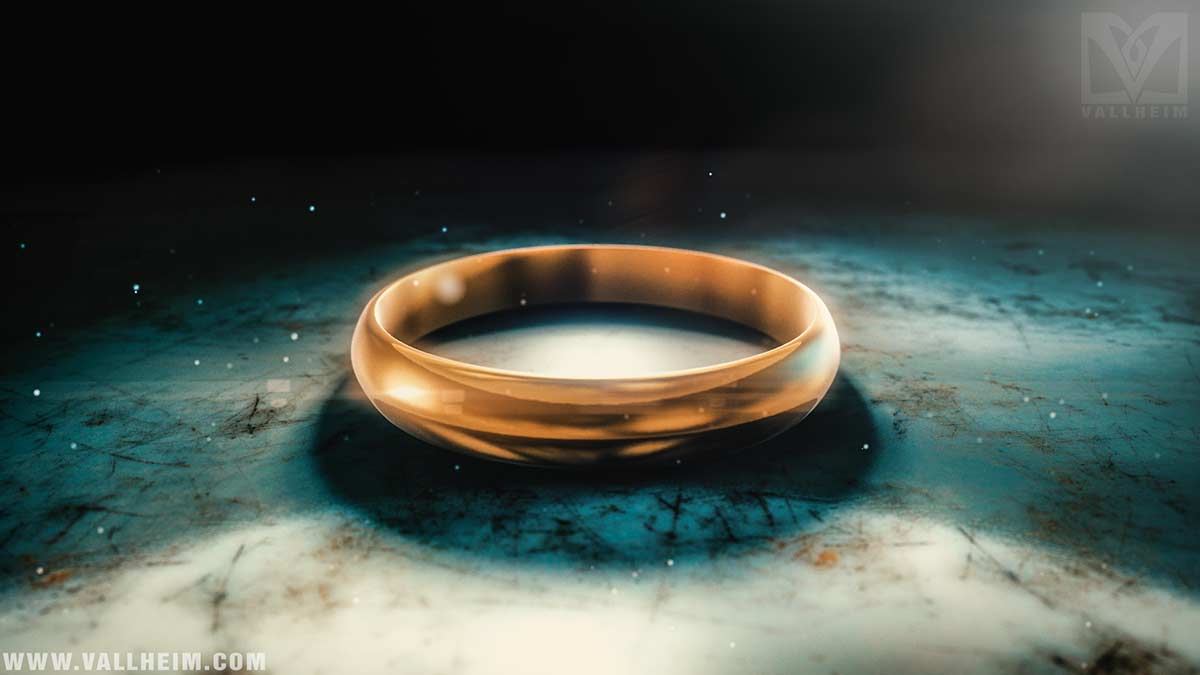 I´m going to keep to the gold theme from my last post and tell you a story about cursed gold. It´s very obvious that gold was of great value in Norse mythology and were regarded with great respect. Unfortunate there is also more than one example of gold that harms it´s owner as well – you are never safe it seems.

This is the story of how gold was to be called ‘the otters remedy’.

Odin, Loki and Häner went on this quest seeking knowledge, traveling to all the corners of the world. One day they came to a big waterfall and on a rock, an otter was sitting having a big juicy salmon for lunch. The animal was so consumed by the fish he never noticed the three men approaching.

When the three travelers were close enough Loki picked up a big rock and threw it, hitting the otters head. The otter died on the spot and Loki raised his fist in triumph – what a glorious throw!
Not only did Loki get an ego-boost, they now got one juicy fish and a chewy otter for dinner.

Eventually they reached a farmstead where a very powerful magic wielding farmer lived, named Hreidmar. The three men approached the farmer and asked if they could stay the night, in return they promised to prepare the dinner with the days catch – a chewy otter and a juicy salmon.

But when the farmer laid eyes the otter he cried out in alarm and summoned his two sons. He told them, with a voice filled with sorrow, that their brother Otter was dead… seriously, that was one truly awkward moment for the three Asirs.
So it came to be, that a VERY powerful magic-wielding-epic-to-the-bone-angry farmer took Odin, the allfather, Loki and the asir Häner by their necks, gave them a great slapping, and tied them to a stump.

Fair enough, the Asir promised to pay blood money for the life of Otter in return of their freedom. Hreidmar accepter and took his dead son, skinned him, and said they were to fill his skin with gold and cover it´s outside as well.

Loki was the one sent to find the gold needed and he traveled to Svartalfheim where he knew of a very wealthy dwarf named Andvare. Loki grabbed the dwarf and held on tight. It´s unclear how long Loki was grabbing the dwarf but eventually Andvare offered all the gold he had in his mountain for his freedom.

When Loki was leaving with the gold he noticed the dwarf hiding a golden ring from him. He claimed that ring as well but Andvare pleaded to Loki, asking him to at least leave him this little trinket. With that ring he could rebuild his fortune.

But Loki were not known for his kindness and did not listen to the wailing dwarf. He grabbed the ring and when he did, the dwarfs eyes narrowed and with a hissing voice Andvare cursed the ring: “He who might own this ring will die by that ownership”.
Loki promised (finger crossed) to inform whomever would own the ring about the curse, and went back to pay the gods remedy.

Hreidmar was very pleased when Loki came back and filled Otters skin with dwarven gold. Odin also covered the skins outside with the last of the glimmering metal but when the farmer inspected his work, he found a whisker not yet covered. One last golden ring remained in Odins hand, and the allfather put it in place, cursing the farmer and sentenced him to death.

It was not sorrow that killed Hreidmar, but greed.