What´s with the name Jörmungandr? 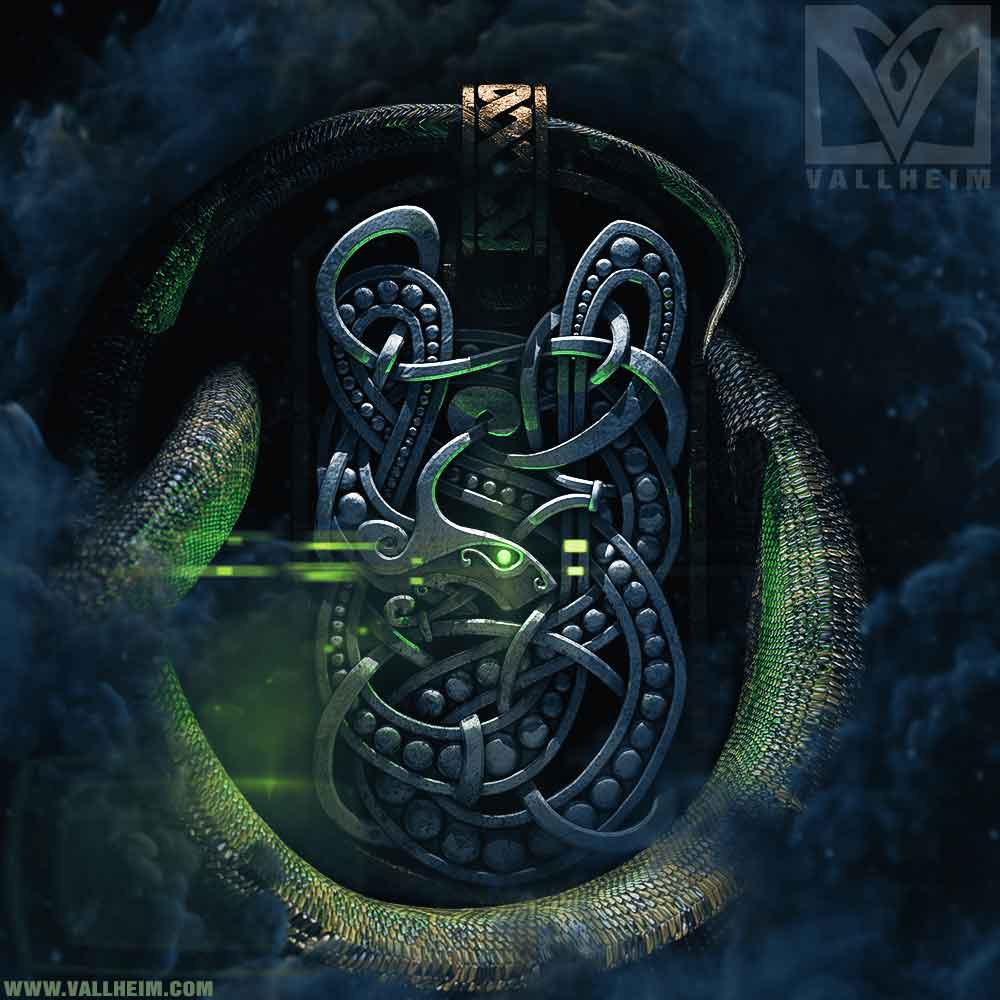 To be frank, even for someone who speaks a Scandinavian language that name makes the tongue trip over itself. It´s the true name of the Midgard serpent and the correct translation would be something like ‘The giant rod’.

Jörmungandr is one of three siblings. The others are the wolf Fenrir and Hel, all fathered by Loki with the giantess Angerboda. Amongst them Fenrir, who got trapped on an islet, is the one who got treated worst by the gods, but I think the Midgard serpents fate was unpleasant as well.

Like his brother he grew too large and combining that outcome with godly visions of him doing harm to the gods was enough. Odin took him by the neck and tossed him into the great lake surrounding all land. There he dwelled and grew until he surrounded the entire world and could bite his own tail.

Thor, the god of thunder and Jörmungandr had a very special relationship… or well… Thor were obsessed by thought of killing the little bugger. In the end Thor succeeded in that task but had to pay with his own life. The Midgard serpents ether poisoned Thor and made him bite the dust nine steps after the killing blow.