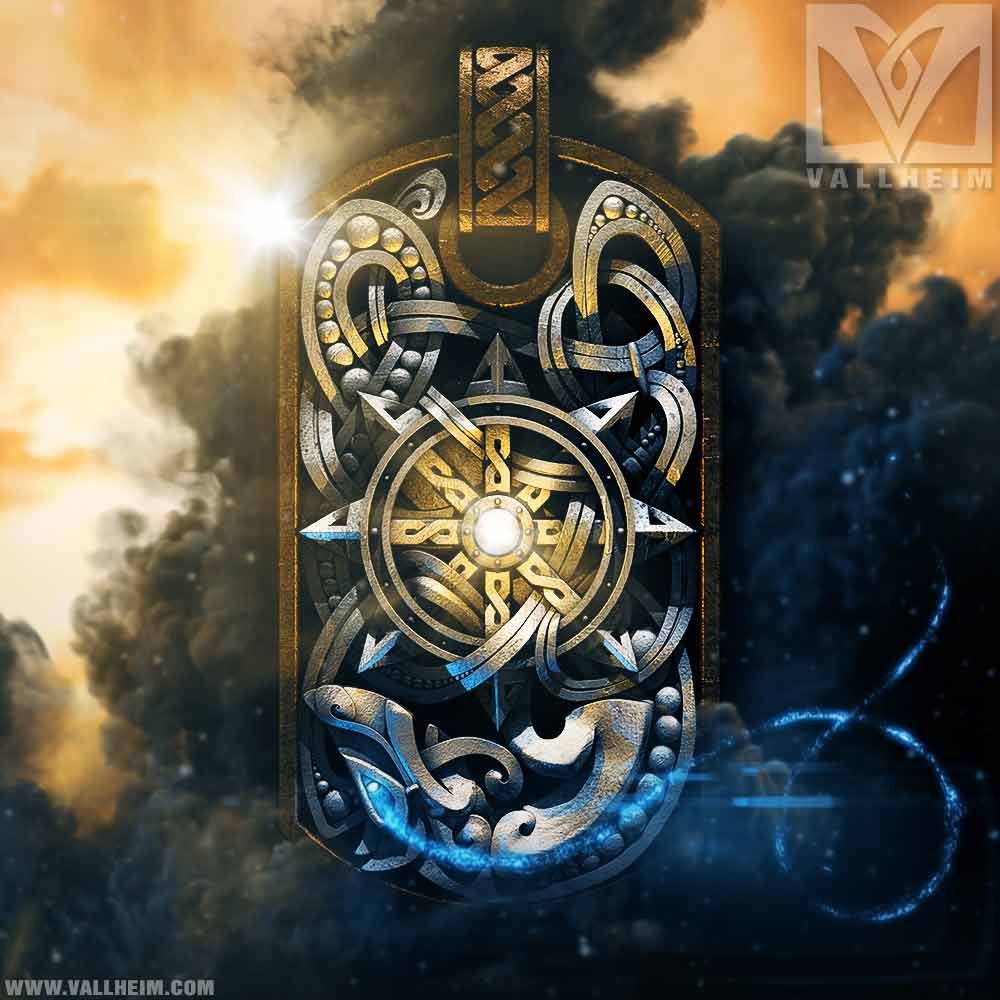 Back in old Scandinavia the connection between the day and the sun was not completely understood. Each phenomena were ascribed to one separate divine entity. In other word, the day could exist without the sun and the sun could travel over the skies without it being day. Good for the Vikings Day and Sun synced their sky-traveling pretty well.

A man named Mundilfare was once blessed with two children. He taught them so beautiful he named the daughter Sol (Sun in English) and the son Måne (Moon in English). The gods did not like people naming other people beautiful names so they stole the children and punished them for their father’s pride.

(This implies that the two names were known before the birth of Sun and Moon, and they must have been considered holy in some way. It´s pretty clear none dared use them before Mundilfare however.)

Anyway, the gods placed Sol in a golden carriage pulled by two horses. They placed two winds under the horses to cool them down (no wind for Sol of course; no AC when you are being punished) and together they were sent over the skies to light them during the day with the sparks from Muspellheim. To make sure she never stopped, they sent the wolf Skoll after her.