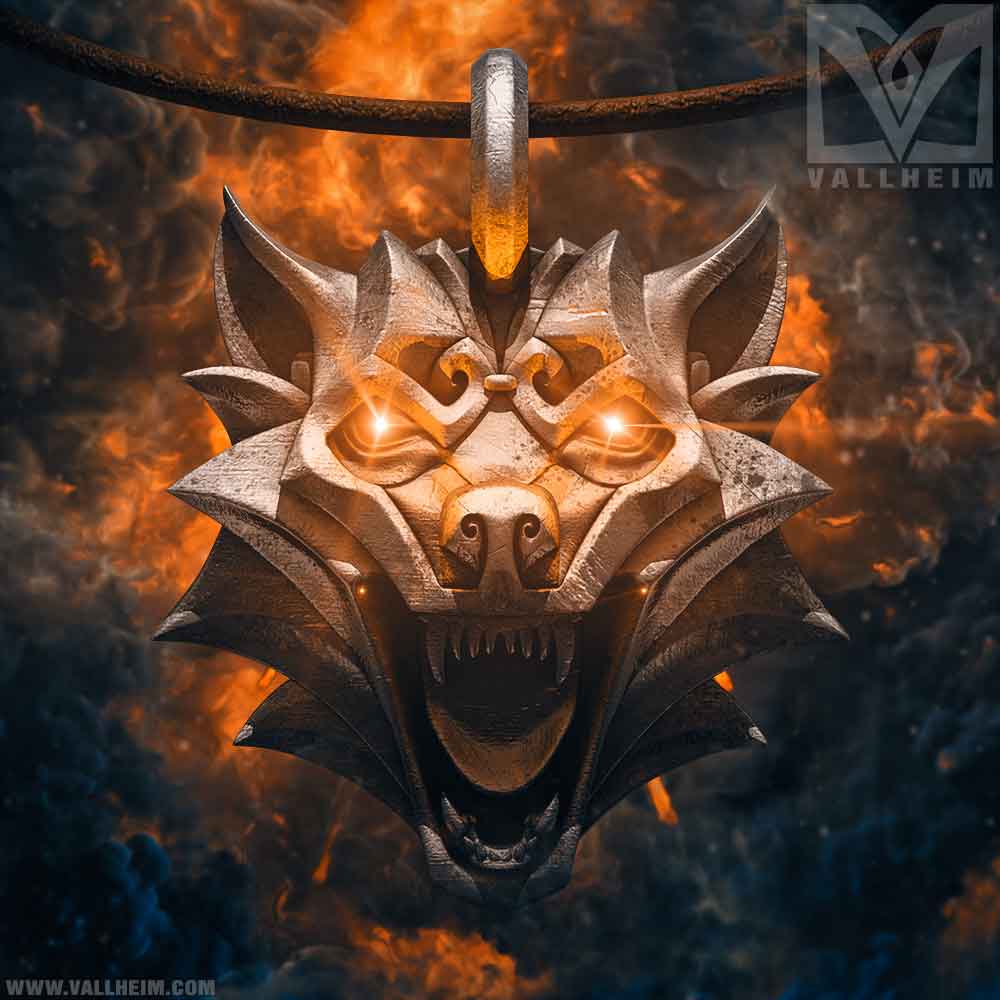 Fenrir is not merely a big bad wolf who you need to keep tied down, he also comes with some small yet interesting details not often spoken about in the stories. Maybe because they are a bit abstract.

After the gods bound Fenrir to Gjöll and Twite he got pretty pissed. Not only did he take Tyrs hand, he also used his big mouth to yell and curse the gods for tricking him. He also got the audacity to bite towards them.

This was not very appreciated so the gods took and sword and placed it in Fenrirs mouth, point up. This removed his ability to close his mouth and served as a muzzle. This made him shut up, or at least made the words go away. He was still able to howl.

You probably know what happens to a pillow at night if you sleep with your mouth open? Well, of course Fenrir had the same problem. In fact, the foam leaking out of his open gap was extensive enough to form a river later named Van.

My personal opinion is that Fenrir spit the sword out when he grew large enough. But who knows, maybe he got used to that familiar feeling of having a sword tip penetrating he palate.