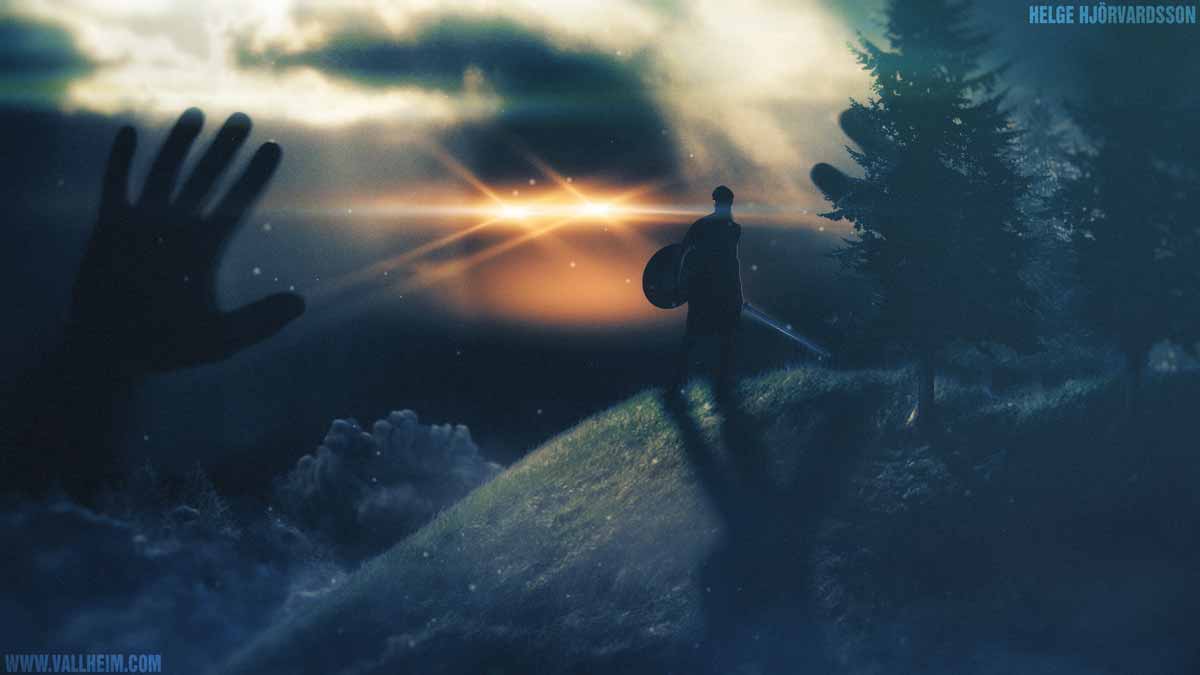 Kvad (kvaedi) is a musical / poetic form of telling stories and was (is) common in many parts of Northen Europe. The Poetic Edda is built around that ancient tradition and allot of information regarding Norse Mythology can be found within those verses.

One Kvad is ‘Kvädet about Helge Hjörvardsson’ contains 45 verses and is a typical Norse heroic tale. In its center is a man who could not be named by common men, but got to be named Helge from the Valkyria Svava.

Svava told Helge about a powerful sword and Helge found and used that weapon to slay the evil giant Hate.

This is what the Valkyria said (definitely not a perfect translation by me):

“I know where swords are hidden
on Sigarsholmen (Sigars islet)
fifty pieces
times four.
Amongst them all
one is the greatest,
a shield splitter,
glistering of gold.”

“A ring in its hilt,
bravery in its blade,
terror for the owner
at the point resides.
A snake red as blood
along the edge is resting,
the tail curls
around the guard.”

In the end Helge died before marrying his beloved Valkyria but blessed his brother to take his place at her side. In another life, both Helge and Svava were reborn together in an even more heroic context – so the story tells.

Helge is an idealistic Nordic hero. He is brave, silent, self-confident, loyal to the family and faithful to his beloved until death. His faith is tragic but the story ends with a streak of hope.