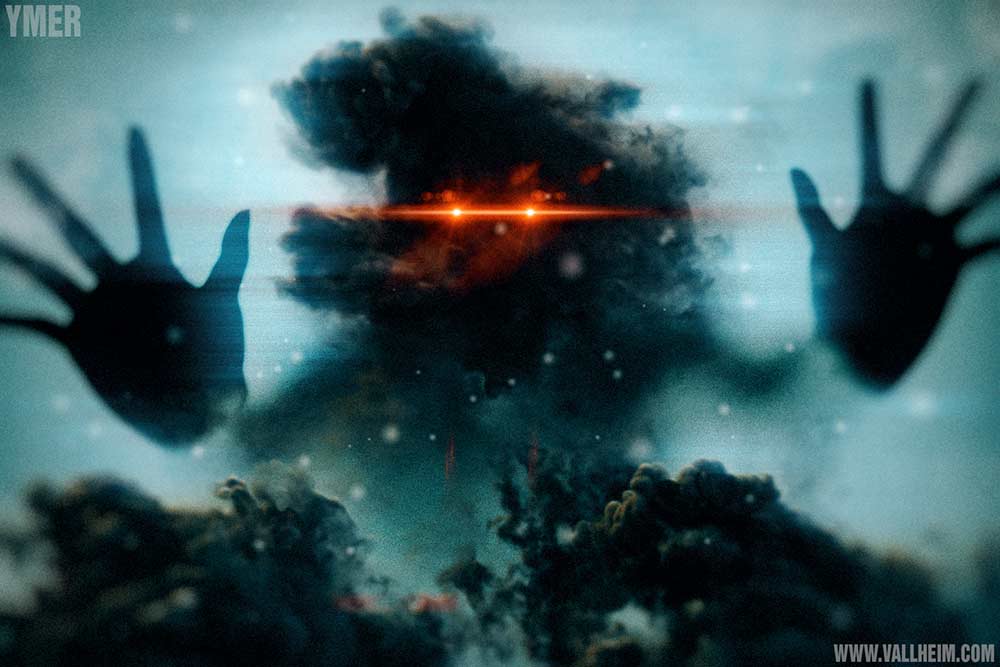 In the universe of Norse mythology, between fire and ice, Muspelheim and Nifelheim, were the great nothingness called Ginnungagap (The great gap), as I wrote about in my previous post.

There were also a few great poisonous rivers called Elivågor (The icy waves), coming from nowhere (?), pouring into the gap. During its trip throughout eternity the rivers poisons dried like cinder from fire and turned into ice. That ice fell into the gap and mixed with the primal storm that have started to rage between the forces of Muspel and Nifel.

At the storms core, where the white heat touched the white frost, drops of life started to drip from the ice. From those drops a huge, roaring humanoid shape crawled out into existence and he named himself Ymer.

Ymer was the father of all giants, wise and terrifying in his majestic appearance and the giants called him Aurgelmer (The bellow from the depths).

Get your own Fenris dog tag silver pendant here:
https://www.vallheim.com/product/serpent-silver-edition/