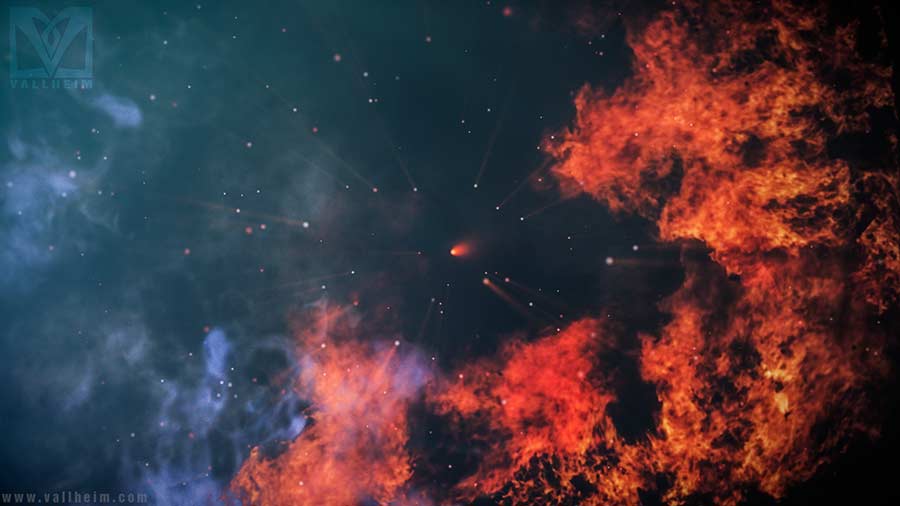 At the beginning of our time, before the creation of the world of men, there existed what we could call two primary realms. The cold barren tundra of Nifelheim to the north and the blazing fires of the Muspell wasteland to the south. They were separated by a large nothingness called Ginnungagap in which Midgård (our world) eventually would be created.

Muspellheim is the oldest of the worlds and looks like being the first physical part of time and space as we know it. How it were created or if there is any age to be put on it, we don’t know, but we do know it all started with fire and it will end with fire.

At the borders of Muspellheim stand it´s defender; Surt is the consciousness of Muspell itself. A physical form created to serve as an avatar of the fire. He will be the flaming sword that strikes down the gods from the skies during Ragnarök, the end of the world.