A bridge between worlds 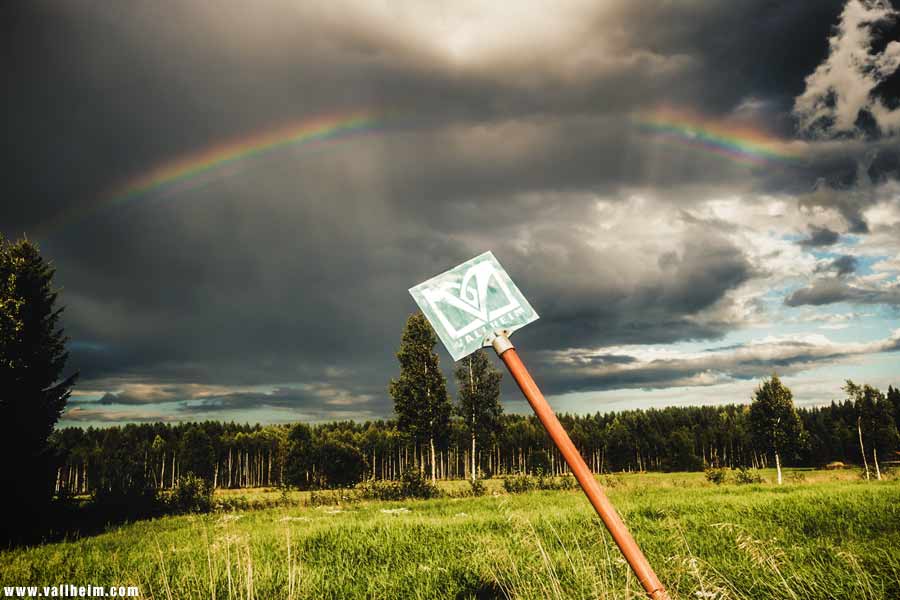 The rainbow is big, shiny and utterly breathtaking, and of course it have a place in Norse mythology. For the Vikings, the Rainbow was a huge bridge connecting the world of men with realm of the Gods and they called it Bifros or the Asabron (asir bridge).

It is explained in the Edda that the Rainbow have 3 colors and is built with more strength than any other building. Today we know that the number of main colors in the rainbow is actually 7 but we should not speak ill of the dead and their lacking perception.

A small detail is that the bridge is actually on fire. The red color in the rainbows spectra is a roaring fire, keeping the Hrimtursarna (a kind of evil spirits) and the evil giants from reaching Asgård (the realm of the gods).

At the foot of the huge bridge, at the entrance to Asgård, is the huge castle Himinbjörg (Heaven-mountain) touching the skies. That magnificent stone beacon is the home of the realms defender; Heimdall – the white asir. From his home he keeps an eye on the bridge and makes sure no giants sneaks up on the gods.

YOU SHALL NOT PASS!